After almost a year of experimentation, I’m finally satisfied enough with my German Anki template to dare to think it might be useful for others. So in the spirit of Mads Mikkelsen advertising a pretty mediocre Danish beer as “probably the best beer in the world,” I’ll say that this is “probably the best German Anki template on the internet.” You can download it for free.

This template automatically generates cloze-deletions from example sentences, determines the gender of nouns and color-codes accordingly, and recognizes and highlights irregular verbs. It supports images and audio for both German words and example sentences, and has an inutitive input format that uses the same fields for all parts of speech—no special fields for nouns, verbs, etc. that are left blank all the time.

I released a similar template before, but it didn’t work for verbs. This template works for all German words, and even has some extra features for verbs.

The Anki template with example cards is free

If you notice any issues with the template or have comments, questions, ideas for improvements, or otherwise want to get in touch, please email me at hello@monoglotanxiety.com.

The point of this German Anki template is to make it easier to make well-formatted German flashcards that help you learn better. That means making cloze deletions fast and easy, using an intuitive field setup for quick input, and color-coding nouns and verbs to help you notice and remember the important grammatical properties of these words. 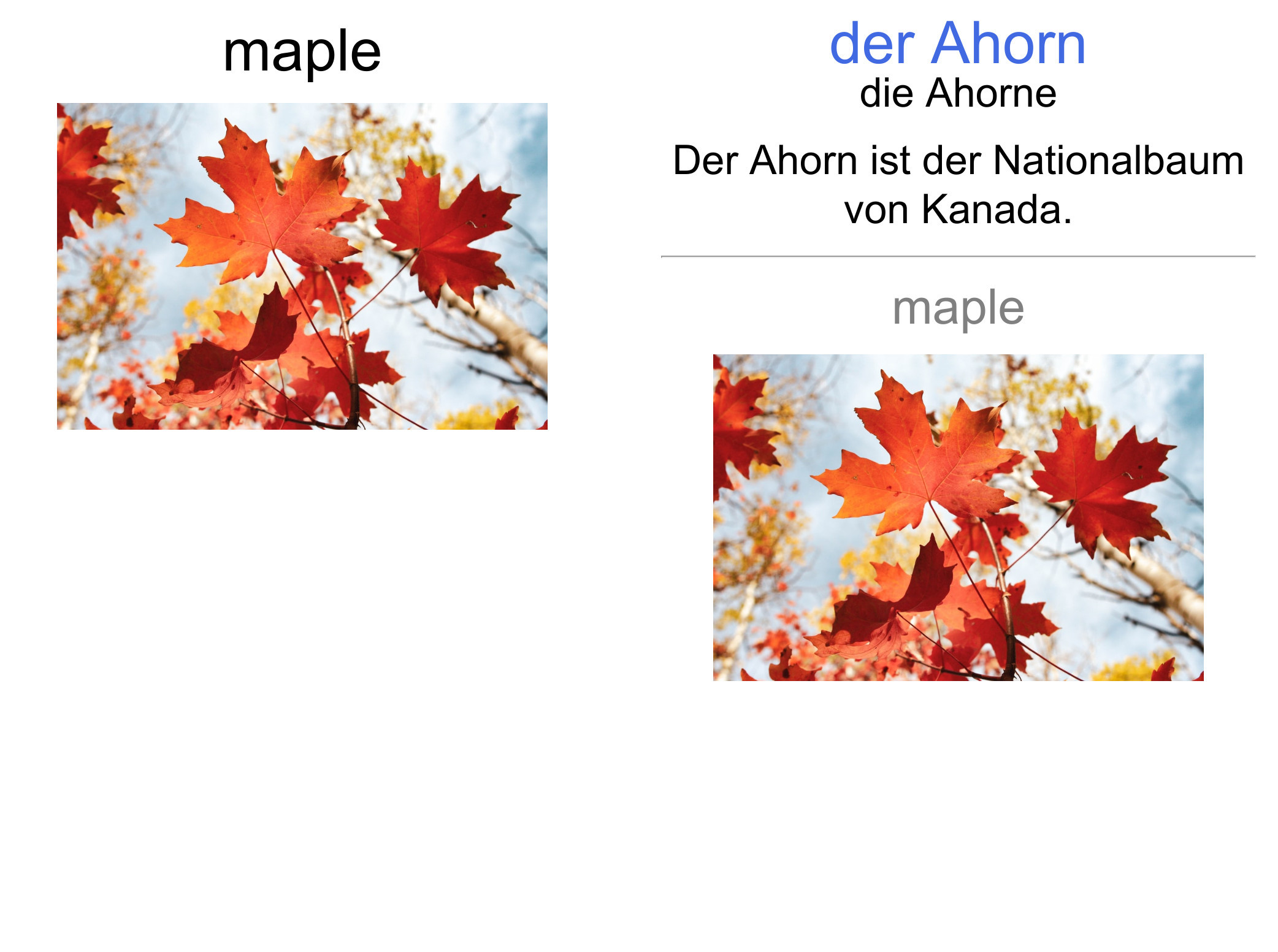 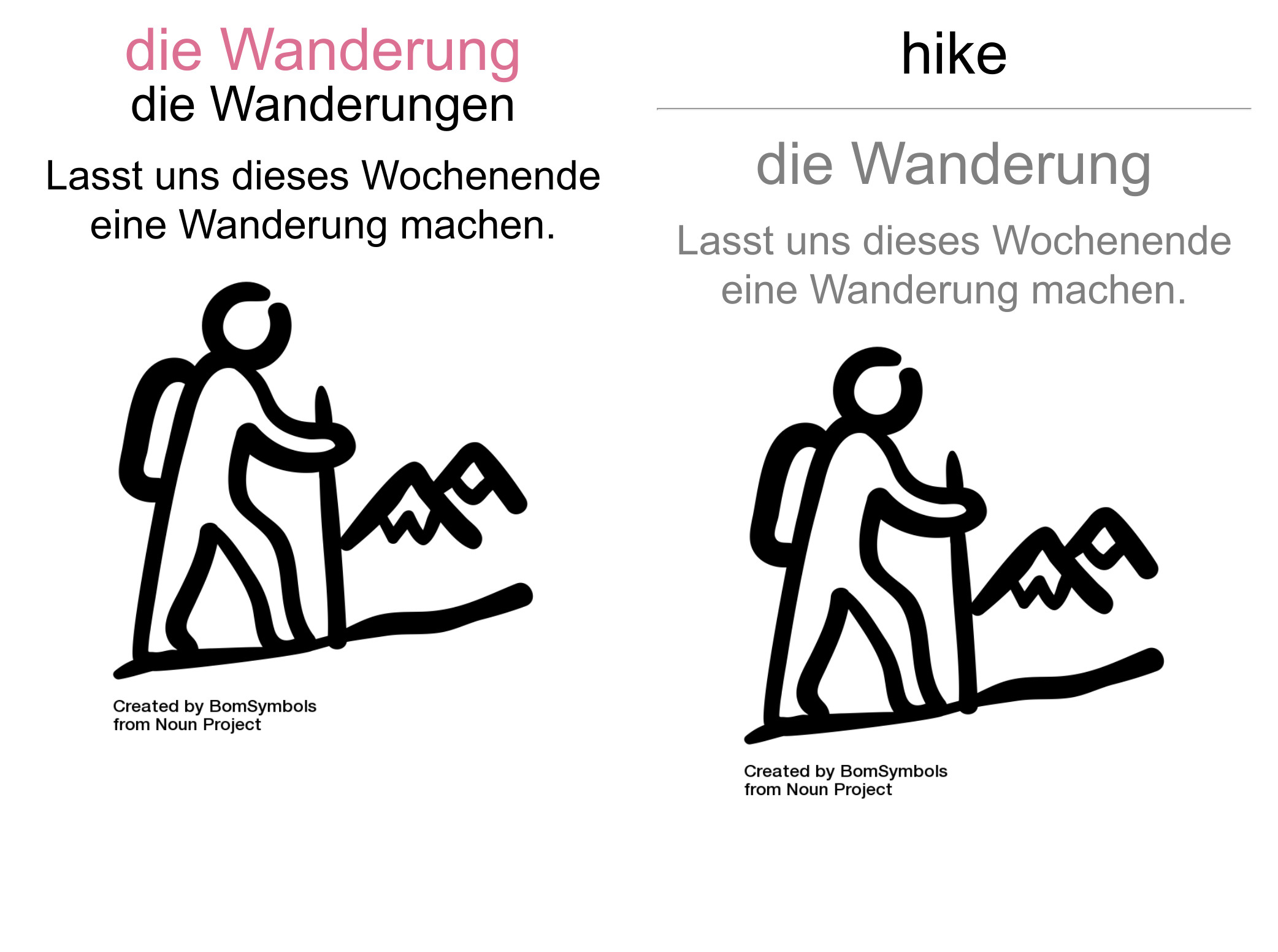 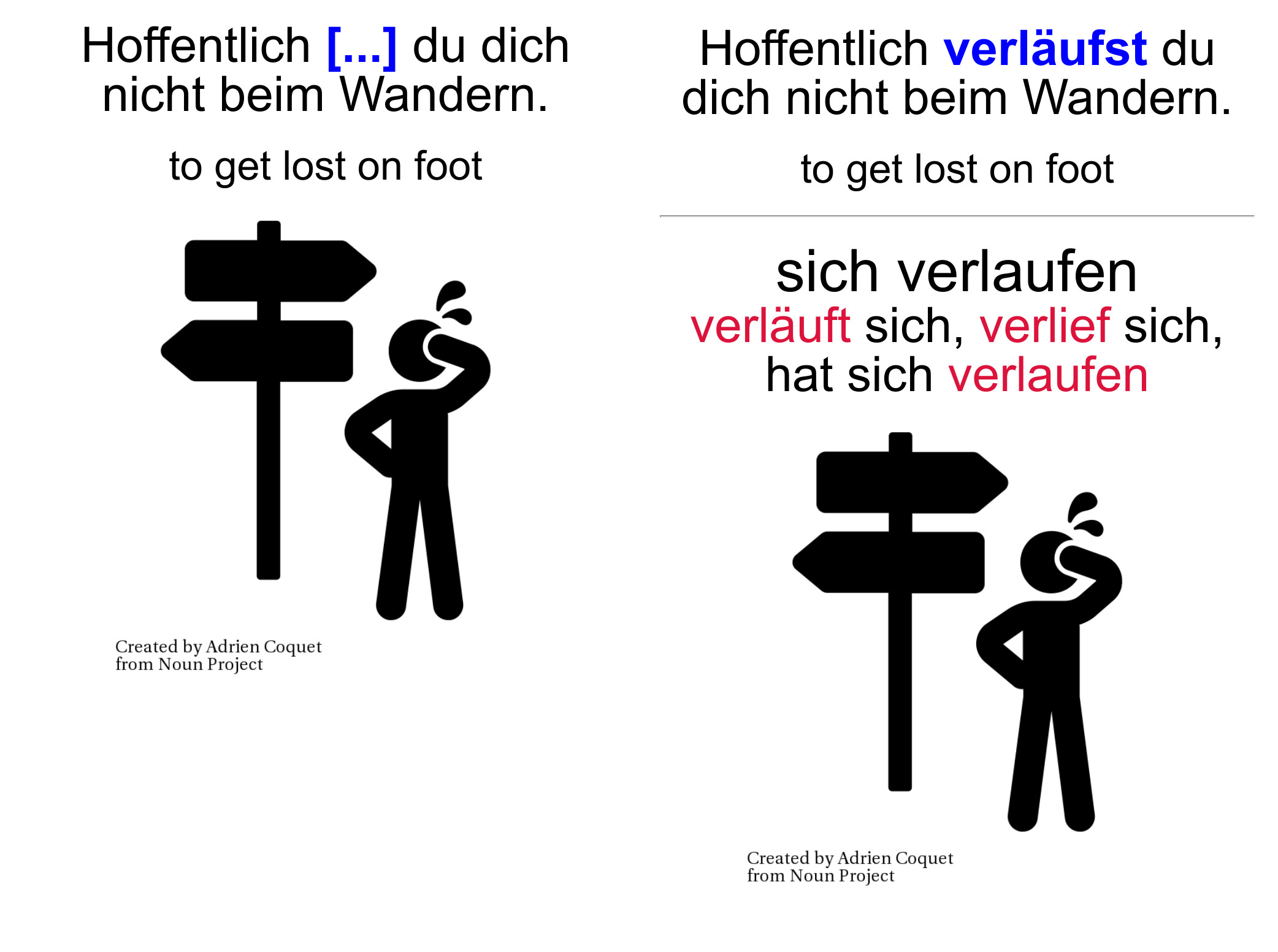 I hope this card format makes at least one aspect of your German study routine a bit easier. Flashcards are a super helpful tool, but time spent messing with formatting and making extra cloze deletion cards takes up time that could be better spent actually learning German.

There are example cards in the deck package that demonstrate how to use the template for nouns (plural-only and normal), verbs, and everything else. Follow the input format demonstrated in those cards and you’ll be golden. But just in case something isn’t clear, you can read the guidelines below. Shoot me an email at hello@monoglotanxiety.com if you’re confused or if you notice a bug.

At minimum, you need input for German and Translation. Auto-cloze rand color-coding require both Example and Info (for nouns and verbs) to work properly, and no auto-cloze card is attempted if no example sentence is provided.

German nouns, verbs, and other words follow different sets of grammatical rules. This template works for all German words because it can determine what kind of word it’s dealing with and respond accordingly. The “info” field contains grammatical information necessary for the auto-cloze and color-coding functions. For verbs, that means conjugations. For nouns, that means the plural form or a note indicating plural-only nouns. This might sound a bit complicated, but it’s intuitive once you see it in action—and a lot nicer to deal with than a bunch of noun- or verb-specific fields that get left empty all the time. Just be sure to look at the examples and take note of the simple rules below to avoid getting frustrated. Pay special attention to how to use the “info” field for verbs and nouns.

Tell me if you find more or if you come up with a fix! Email hello@monoglotanxiety.com